Warring Elementary School’s new principal, Nicole Penn, should be a familiar face to many students and parents as she was the assistant principal prior to taking on her new role.

“When I came to Warring last year as the assistant principal, I was humbled by the warm reception I received by the Warring family,” she said, adding that she enjoyed being part of the existing initiatives and starting some new ones. “When the ability arose to become the principal of Warring Elementary School, I was immediately interested in leading the continued growth.”

Penn’s goal is to “improve the academic aptitude of every student” as “education gives my students the ability to visualize multitudes of options for their future.” To do this, she plans to increase collaboration with all community stakeholders.

“I would like for families and community members to realize the joint responsibility that we all have for the education of our children.”

Going into her 26th year in education, Penn has spent more than half of it in Poughkeepsie - the last nine as an administrator.

In her off time, she enjoys spending time with her family - including her husband of more than 20 years and her four children - and sitting outside reading a good book. 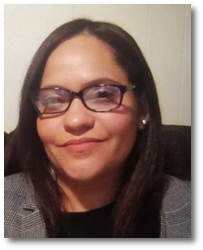 “I joined this school community as it closely aligns with my beliefs as an educator and leader,” said Morse’s new assistant principal, Yolanda Wright. “I like to develop passionate, lifelong learners and take great pride in developing and sustaining a positive school culture.”

Wright comes to the role after spending 19 years in the education field, most recently as an assistant principal in another district. She began as a third grade teacher, then became a data specialist while teaching literacy, math and social studies to K-5 students and then became a kindergarten teacher. At that time, she also decided to pursue her dream of becoming a school administrator.

“The diversity and sense of community and passion that is truly transparent has drawn me to become assistant principal at Warring.”

Wright is the mother of three children, ages 9, 14 and 16 and said she “married her best friend” and enjoys spending quality time with him and their children listening to music, engaging in discussion, barbecuing and attending sports events together. Wright has a pet bearded dragon and is drawn to the outdoors and a good book.

Morse Elementary School’s new assistant principal, David Feliciano, comes from a family of educators and is eager to work with students and parents.

Feliciano has been in education since 2008, where he was a dual language teacher in New York City. He has also taught math and science in grades 3-5. 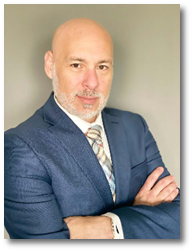 “I want to continue building on the great work that is already taking place at Morse. I am excited to work alongside our staff and Principal Mitchell as we build relationships and trust in the work we have taken on,” he said, adding, “The intended outcome is to faithfully and consistently work to provide each and every one of our students with a high-quality learning experience.”

In 2010, Feliciano became part of his school’s leadership team. The team’s goal was to write the school’s Comprehensive Education Plan, which sets the goals for the school year. Soon after, he became a dean.

Feliciano said he sought this position because “This opportunity allows me to impact a greater number of students through collaboration with our school teachers.”

When he’s not at Morse, Feliciano enjoys spending time with his three boys and wife, Jessica. 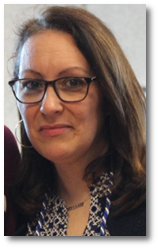 Kelleyann Royce-Giron takes over leadership at Poughkeepsie Middle School, knowing what her students will need as they prepare to advance to Poughkeepsie High School.

A 1990 graduate of Poughkeepsie High School, Royce-Giron returned to the district as PHS principal in 2020 where she worked to establish a rapport with students and an atmosphere of respect. She also worked with students who presented a program on equity to district staff. Later in the year, one of those students, Amya West was selected by Dutchess BOCES to join a presentation to the Board of Regents on the subject.

Royce-Giron has 22 years of experience as an educator.
Poughkeepsie High School 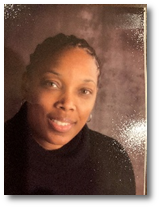 Phee Simpson returns to lead Poughkeepsie High School with the goal of ensuring all scholars receive a world-class education to be college and career ready.

An educator for more than 21 years, Simpson began her career in education as a guidance counselor moving to assistant principal and then to principal of alternative, middle and high schools. She has been an administrator for 12 years.

Outside of school, Simpson enjoys spending time with family and traveling. 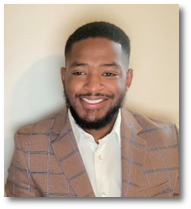 Barrington Atkins remembers being a student in the Poughkeepsie City School District and wanted to come back home to the community he loves.

“ I believe that my experience is unique because, in addition to utilizing the leadership skills necessary for this role in administration, I can also use the skill set I have developed as a social worker, which amplifies the tools that I have available.”

In this newly created position, Atkins is charged with helping to develop and implement programs to meet the needs of at-risk students and assist with disciplinary and/or restorative practices.

Atkins has been in education for about five years, starting as a substitute teacher, moving into a school social worker role and then a college professor.

After work is done, Atkins enjoys spending time with his family, traveling and biking. 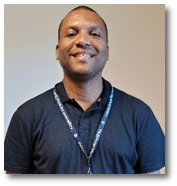 A Culinary Institute of America graduate, Craig Elliott brings 17 years of experience as the executive chef of SUNY New Paltz’s dining system to his new role.

“This is something I’ve always wanted to do,” he said, explaining that he wants to teach students before college how to put a meal together and eat better.

Elliott said he is also excited about implementing some new dishes this year at the elementary schools based on training the staff participated in.

This year he plans to add back the popular french fries but also kick it up a notch by adding fresh fruits and vegetables and exploring getting the food vending machines back up and running.