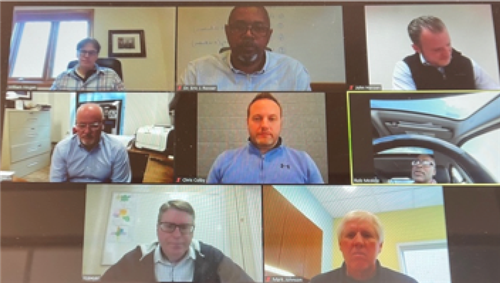 “For far too long the Poughkeepsie City School District schools have not met the standard for the learning environments that PCSD students deserve. Through the approval of our capital improvement project by City of Poughkeepsie residents, we have a wonderful opportunity to bring all PCSD schools into the 21st century. This will not only benefit current and future PCSD students, but also contribute to the resurgence efforts currently underway throughout the city of Poughkeepsie” stated Rosser to the group.

Construction under the $98.7 million dollar Capital Improvement Project will commence this summer, starting with improving and replacing critical infrastructure and major building components in many PCSD schools. The team identified future meeting dates to establish the priorities and set the calendar for ongoing progress check-in meetings.